The Stars, My Brothers 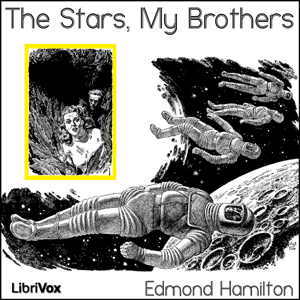 The Stars, My Brothers

LibriVox recording of The Stars, My Brothers, by Edmond Hamilton. Read by Gregg Margarite (1957-2012).

Edmond Hamilton (1904 – 1977) had a career that began as a regular and frequent contributor to Weird Tales magazine. The first hardcover publication of Science Fiction stories was a Hamilton compilation, and he and E.E. “Doc” Smith are credited with the creation of the Space Opera type of story. He worked for DC Comics authoring many stories for their Superman and Batman characters. Hamilton was also married to fellow author Leigh Brackett. - Published in the May, 1962 issue of Amazing Stories “The Stars, My Brothers” gives us a re-animated astronaut plucked from a century in the past and presented with an alien world where the line between humans and animals is blurred. (Summary by Gregg Margarite)

Reviewer: giantarmadillo - favoritefavoritefavoritefavorite - July 8, 2016
Subject: Well read, fun plot, abrupt ending
Gregg Margarite did an amazing job of reading this story and the story itself if written quickly and simply, but with all the necessary details to make you feel as though you're there with the characters.

I enjoyed the story and would love to hear a few more chapters. It's one of those stories where it'd be great if several authors continued with a part 3, each with different endings.

Either way, I highly recommend.

(oh, and if you happen to write your own "Part III," please send me a copy... I'd like to know how you'd complete the story)

An astronaut is reanimated after 'dying' in a freezing to death space accident. The reason? They need him to testify on behalf of a primative group of humans that live on another planet. Will the astronaut help, or will he side with the native intelligent life on that planet, a group of super intelligent lizards who hunt and train humans like pets.

What would you do?